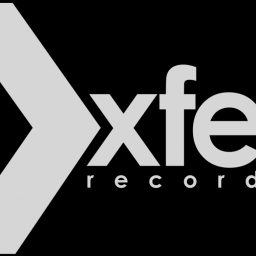 MIDI Compatible
LFOTool will process incoming audio as well as generate a MIDI message stream for controlling other instruments.

Fast and easy to use
Consistent with other products in Xfer Records’ software lineup, LFOTool is coded entirely in C++ in order to minimize the CPU load during operation.

Features -Xfer Records LFOTool
LFO with customizable point+tension-curve editor, 12 graphs in a preset (switchable via MIDI notes or automation)
Up to 4 graphs simultaneously (Cutoff/Reso/Pan)
Graph preset shapes from a drop-down menu, able to save your own
Both macOS and Windows versions included
2+64 bit VST, AudioUnit, and AAX support
Can optionally send MIDI CC out to control other softsynths, effects, or external hardware which responds to MIDI CC messages.
BPM (with optional swing) or Hz LFO rate control
Sample-accurate sync
Dozens of presets included

Imagine being able to create your own custom LFOs… in a plug-in… apply them to various effects and even integrate this with your DAW. Imagine no longer! Xfer LFO Tool does all this now! -Xfer Records LFOTool

Xfer LFOtool is a nifty little plugin that allows you to create custom LFO shapes and apply them to various built in effects. This may sound like just another FX plugin but it also has some rather clever tricks up its sleeve which may interest you.

I’m using this app for this review as it features some crucial additions for AU.

LFOtool can be inserted like any other FX plugin. Once open, you’ll see a graph where you can create your LFOs. There are 12 graphs available, all of which can hold a unique shape. Under the graph are a set of global parameters for things like Rate, Smoothing and Snap values.