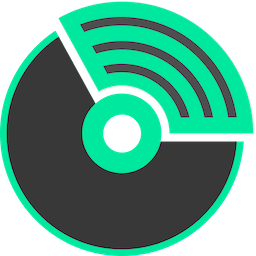 TunesKit Spotify Converter is a powerful and smart Spotify music converter for downloading Spotify songs, playlists, albums, artists and converting from Spotify to any music player, such as ordinary MP3, M4A, AAC, such as iPod, Zune, Creative Zen, Any audio tracks of WAV, M4B, FLAC, etc.

In addition to a powerful Spotify DRM removal tool, it can also be used as a professional Spotify to MP3 converter so that you can decrypt and convert any Spotify music files, including singles, albums, playlists and artists to pure MP3, AAC, WAV, FLAC, and other common audio formats, as you wish.

TunesKit Spotify Music Converter for Mac is carefully designed to provide you with fantastic listening effects so that it can losslessly retain the original quality of Spotify music in converted DRM free songs. In addition, the ID tags and other metadata information of Spotify songs (such as artwork, artist, composer, album, year, track number, genre, etc.) will also be retained in the output file.

Thanks to advanced DRM decryption and acceleration technology, TunesKit Spotify Music Converter for Mac is capable of converting any Spotify songs and playlists to MP3, AAC, WAV, FLAC, M4A, M4B at 5 times the speed of any speed. If you want to get lossless quality, you can set it to 1x speed. In addition, the software will always be synchronized with the latest Mac OS and Spotify, and can be upgraded for free after purchase.

TunesKit Spotify Music Converter for Mac is the ultimate solution for Spotify subscribers who want full control over their songs. With this powerful Spotify DRM removal application, you can easily download any Spotify songs and convert them to DRM-free formats for any devices and players.

If you are a musician who is keen on music, then TunesKit Spotify Converter will not let you down because it allows you to edit the audio quality of Spotify audio tracks by changing the audio channel, codec, bit rate, sample rate, etc. It depends on your own needs. In addition, this smart Spotify converter will categorize the output tracks of albums and artists so that you can manage your music library more easily.