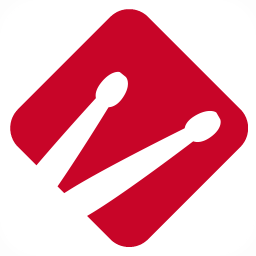 New acoustic drums in The Kit
The Kit brings fantastic new acoustic drum sounds to Groove Agent, including Pearl kick and snare, four Yamaha Maple Custom toms, four cymbals from Zildjian, Istanbul ride and Paiste splash cymbals — all recorded with high-end Neumann microphones and outboard gear in Berlin’s Teldex Studios, including its classic reverb chamber. ‘The Kit’ comes with 47 articulations, five round robins and up to 20 velocities and, most importantly, a sound that is very versatile and can be pushed in any direction in your mix. -Steinberg Groove Agent SE

More than 30 new kits for EDM, Trap and other styles
All new kits have been created for Groove Agent 5 by top electronic artists including Rawtekk, Audeka, zKlang, Joe Ford and a number of other young and hungry producers. As well as beat patterns, Beat Agent kits also now include samples like basses, small melody parts, miscellaneous hits and other noises. Further great news is that you can now also use the Style Player for Beat Agent. -Steinberg Groove Agent SE

Sound design with Decompose
Decompose is a sound designer’s dream! With it you can load a sample and easily separate it into its tonal and noise components. Once you’ve done that, you can easily drag and drop each part onto Groove Agent pads to layer your drums, creating an endless array of possibilities. Just imagine combining a fat 808 kick tone with the noise of a 909 snare. Or an electronic snare with the noise of an acoustic hi-hat.

Change the pitch of samples
Create new exciting drum sounds with changing the pitch envelope of a sample. This is especially great for EDM music if you want to create drops and build ups or if you want to do pitch adjustments of pre-recorded drums. Combined with the new Decompose you can also modulate the pitch of tone and noise separately – a very unique approach in working with drum sounds.

What’s New
official site does not provide any info about changes in this version.