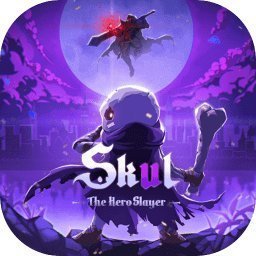 All the demons in the Demon City including the Demon King were captured by humans, and only the bones of small skeletons remained near the throne.

Skul: The Hero Slayer is a platform action game, and every change of game component is the characteristic of Rogue-Like.

Skul is a special small skeleton, he can wear other Skul (skull) to gain new power. Each has inherent combinations and skills, and its characteristics are different, you can choose the action that suits your style.

If you encounter an adventurer party, please be careful. They are a group of greedy young people who want to hunt you to become famous. It is better for you to advise me to join the party… Who will win or lose will only be known!

The terrible boss eroded on the black magic stone

At the last level of each chapter, you can see powerful enemies eroded by the black magic stone. The black magic stone is a stone extracted from the pain and hatred of life. It has a strong magical power, but almost no one can skillfully change this stone.