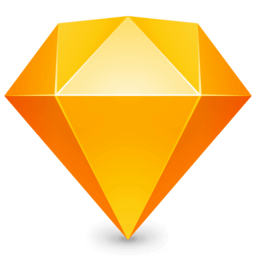 The Sketch is an innovative and fresh look at vector drawing for the Mac. Its intentionally minimalist design is based upon a drawing space of unlimited size and layers, free of palettes, panels, menus, windows, and controls. Though simple, it offers powerful vector drawing and text tools like perfect Boolean operations, symbols, rulers, guides, and grids.

Multi-station and radial gradient editing on the right In the canvas. Powerful WYSIWYG rendering.PDF, EPS and SVG import and export supportShare and link layer styles automatically update each otherPowerful, easy-to-use vector toolIn addition, the designer will Enjoy the following features:Design for Web and UICopy CSS styles to the clipboard (including gradients!)Slice: use the exit as an image area on the canvas960px grid, use more advanced Support of grid optionsMulti-page single file supportfor icon designersartboard, each artboard is its own small canvasiOS icon templatepixel gridPixel effects such as Gaussian and motion blur -Sketch