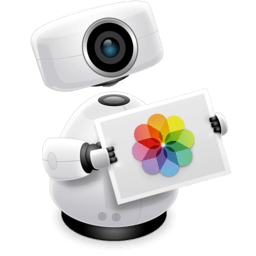 The icon design of PowerPhotos is very beautiful. It is a small robot holding a photo. The photo is officially a circle formed by colorful strips of the new photo application in iOS and OS X systems. photos are designed by Iconfactory and the quality is not bad. After opening, the application will automatically import the photo application’s gallery. If you have created multiple galleries, you can quickly switch in the left sidebar. The left sidebar is divided into photo library and operation.

The middle part can categorize various photo content in the photo library, such as panoramic photos, videos, continuous shooting and slow motion. On the far right are all the photos in the photo gallery. PowerPhotos provides two modes, list and grid. The + sign in the upper left corner can add a new gallery, and the-sign can delete a gallery. The two buttons on the right are to find the same photo and open the photo application of the system.

If there is an iPhoto library in the system, can automatically detect and help users import. We can also selectively import and manually add a photo library.