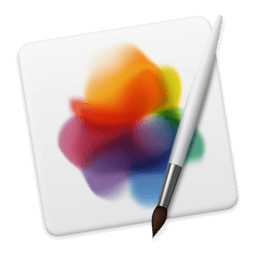 In addition, the application also provides enhanced machine learning functions, which can automatically straighten the image according to the horizon detection function, and wonderfully remove unwanted objects from the image to recreate the area. Of course, also has excellent support for RAW images, and has built-in many effects and high-quality vector graphics.

In the application, there is also a complete set of printing tools that can be used by users who want to design beautiful text, and also supports sharing images on various popular social networks. is compatible with the Photos app in the latest macOS High Sierra 10.13 operating system and supports Apple ’s Metal 2 API.