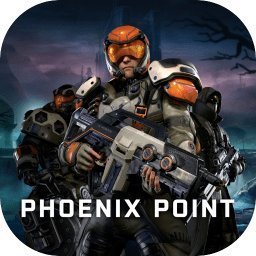 ”Phoenix Point” mac cracked app – is a brand new strategy game created by the original crew of the original “X-COM” series. “Phoenix Point” focuses on turn-based strategy and world strategy, against terrorist threats from aliens. Your enemies will mutate and evolve to correspond to your strategy , Allowing you to encounter endless challenges on the battlefield, and surprises again and again.

After a global environmental disaster, Pandora virus emerged and began to transform living things, including humans, into terrible variants. Due to the inability to stop the spread of the virus, most human civilizations have been wiped out. Only a small encircled territory remains on the earth, separated from the vast land by the main part. The Phoenix Project is an ancient safeguard project to deal with global disasters and the only hope for uniting mankind and regaining the planet.

Go to the project base Phoenix Point and lead the Phoenix Project. Research and develop new technologies and technologies, arrange actions, and establish alliances to unite humans on the planet, or you just need to destroy the enemy. Save the planet and rebuild civilization? It all depends on you, but there may be far more alien threats than you see.

◎ Mutated alien threats: Face the ever-changing alien threats-they will adapt to your strategy and launch endless challenges, even if your team becomes stronger and more advanced in technology.

◎ Uncover the mystery of Pandora virus: “Phoenix Point” contains a complex narrative with multiple endings. Players can only uncover each ending through multiple games. Through exploration, diplomacy, and investigation, you learn about the origin of the mutant, Pandora virus and Phoenix Point itself, and discover a secret past.

◎ Managing diplomatic relations: The Phoenix Project is not the only organization trying to recapture the planet. There are also the military organization New Jericho, the mysterious Disciples of Anu, and the technology organization Synedrion. If you cooperate with them, you will get unique rewards, and if confrontation is formed, it will bring threats. You can decide your own way, or even trade with them.

◎ Precise attack on the battlefield: In addition to the equipment and command center, you can also use the unique free shooting system in “Phoenix Point” to directly control the soldiers’ shooting in battle. Aim at the enemy’s weak points, weapons or valuables, or go directly to the command center.

◎ Classic elements combined with a new generation of technology: “Phoenix Point” was designed by Julian Gollop, the creator of the “X-COM” series in the 1990s. “Phoenix Point” retains the core concept of “X-COM”, while upgrading the visual effects, technology and system to modern standards, making it a leader of its kind.