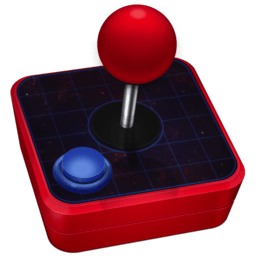 OpenEmu’s main game management interface, Mac users can understand it at first glance. Drag the ROM file into the corresponding channel to add a game, double-click the game cover in the main interface on the right to start playing. Mouse over the game window, and buttons for exit, save, pause, set, and full screen will appear below.