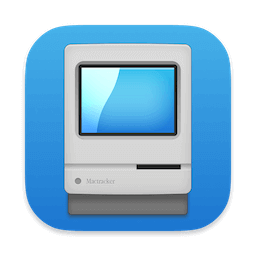 In addition to listing technical specifications, Mactracker allows you to gauge the real-world performance with scores courtesy of Primate Labs Geekbench. The included results reflect an average of the user submitted benchmarks.

Although Mactracker only has an English interface, for Apple fans, these contents must know what it is! There are five major categories on the homepage, Desktops, Notebooks, Servers, Devices and peripherals, and Software. It also organizes recently updated Apple products, as well as detailed information on the iPhone, iPad or iPod in hand.

The app will automatically detect what your Apple device is, and display a wealth of hardware information, price, and when it will be released.

There are so many products under each major category, I really didn’t expect Apple to launch so many
Click on each product to view more detailed information, such as when it will be launched, model, processor, hard disk space, price, OS version, what software is included, what are the specifications of WIFI and USB… etc. , everything you can think of is clearly documented here. -Mactracker