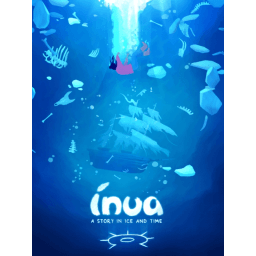 The plot will center on The Secret, a modern-day reporter who decides to find out the truth about the disappearance of the Terror, one of the ships of the Franklin expedition, which went to explore the Arctic in the 19th century. Her fate is mysteriously linked to that of Peter, a young filmmaker covering a 1950s military expedition, and Simon, a sailor on the Franklin expedition trying to keep his crew alive. Travel back in time to find out what binds them together. Look for ideas, plant them in the minds of the characters and guide them to Nanurluk, the mythical polar bear that lived 10,000 years ago.

As you can already understand, Inua – A Story in Ice and Time is based on the true story of the Franklin Expedition, a British mission in the 19th century to explore the Arctic, which led to shipwreck, disease and rebellion. The fate of this expedition is still largely unknown, but this game will present its own view of these events and try to answer many questions.

Embark on an adventure in the far north of Canada as you travel through the ages and interact with the past to change the present. You need to explore temporary space, solve mysteries and accompany the characters on their journey. Move from scene to scene, from era to era and reveal the events of the past, finding new ideas that affect the minds of the characters. Help Simon, Peter and The Secret overcome the obstacles that stand in their way and change the course of history.