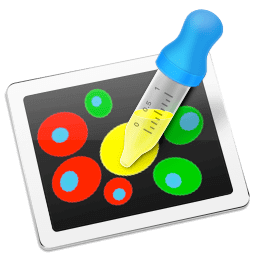 CoLocalizer Pro Mac version combines the powerful functions of its unique background correction tool with the implementation of established algorithms to quantitatively estimate co-localization. CoLocalizer Pro software is used by the world’s leading scientific laboratories and is the de facto standard in this research field.

Access your pictures via iCloud and use Handoff to transfer pictures between Mac and iPad.

Correct the background in the image to ensure the reliability of quantification.

Open images in proprietary file formats such as LSM, OME.TIFF and other TIFFs.

Connect to the microscope and import the image from it to CoLocalizer Pro for analysis.

Observe the co-localized image at different magnifications and angles, merge a single channel image or split the merged image according to a pair of channels.

Export calculation results in various file formats, such as Excel, PDF and HTML.

Save the version of the analyzed image and restore it to the original when needed.

Export the results as a colocalization report, and conveniently store all coefficients and image data in one place.