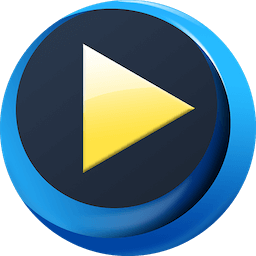 This Blu-ray player is powerful enough to play 4K and 1080p / 1080i / 720p resolution videos on Mac. Only when your Mac is equipped with HD to 4K / 1080p / 1080i / 720p, you can easily play 4K videos directly with upgraded visual effects without using Samsung / Sony / Oppo 4k Blu-ray player to connect to your Apple Computer. In addition to HD videos with excellent pictures and video quality, you can also use this powerful Blu-ray player on iMac, Mac mini, Macbook AIr, Macbook Pro to play other Blu-rays with SD resolution (480p, 360p, 240p) Video, Macbook, Mac Pro, etc.

The Blu-ray player for Mac can play all popular Blu-ray videos, including MP4, MKV, AVI, MOV, WMV, FLV, M4V, etc. In addition, it also supports playing non-Blu-ray videos, so that you can get more such as ASF, VOB, DAT, MTS, M2TS encoded with AVCHD, etc. In addition, it can also be used to play audio files directly in FLAC, AAC, AC3, MP3, OGG, WAV, WMA, etc. Compatible with AAC, Dolby Digital and DTS 5.1 / 7.1 channel audio, when you play lossless audio video in FLAC and APE formats, it brings you the highest sound effect, just like staying in a home theater . In addition, you can capture your favorite pictures during the preview process.

It can customize the screen mode, such as half size, normal size, double size, and fit the screen to watch Blu-ray video as needed. Easy to play

The software has a friendly user interface, which can bring you the best user experience and easily play your favorite videos. Shortcut keys

You can use the hot keys to go forward, backward, turn down the volume, turn up the volume, stop and play the video file.